What is Better: Lash Lifts or Lash Extensions?

What is Better: Lash Lifts or Lash Extensions?

Lash lifting is definitely the less expensive option. A lash lift will typically cost between $80 and $100, and the effect usually lasts for around eight to twelve weeks, at which point new lashes will begin to replace the treated set. Extensions, however, will set you back anywhere between $ and $250 and they only last between two and four weeks (depending on how you care for them). Lash lifts are also low maintenance aft, and unlike lash extensions, you won’t need to pay to have them topped up after a few weeks ($65) or removed ($20)

The full lash lift usually takes around an hour, and if you choose to get a tint, it’ll take another fifteen minutes 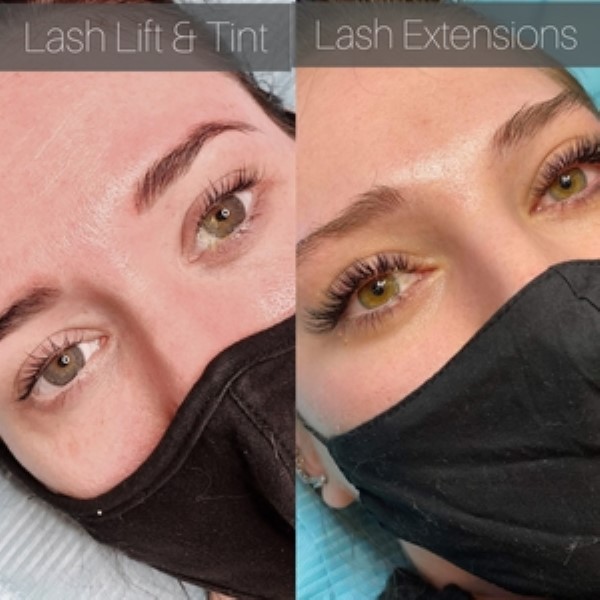 Both lash extensions and lash lifts make a huge difference to your eyes. Extensions definitely add a more dramatic transformation, as you’re not relying on your lashes. So, if your eyelashes are quite sparse, you might find lash extensions better, as you can insert more lashes. Lash lifts look much more natural, and we love to get them tinted at the same time to maximize the effect, which is especially helpful if you’re going on vacay!

Lash lifts are easier to care for and require no maintenance after the first 24 hours.

The transition from having lifted lashes back to your natural curl is also easier to manage, with many of my clients using just a curler or a mascara — with some not even doing anything at all.

On the other hand, overgrown and shedding lash extensions are very obvious, so you’ll need to book an appointment to remove them right away.

Another benefit of lash lifts is that they are a better choice for most people, with the exception of short or sparse lashes. If you’re one of these people, then lash extensions will likely give you better results.

If you look for the best salon about eyelash extension in Yorba Linda, CA. COME HERE!!! I will show you the best, but you have to book appointment for your turn.